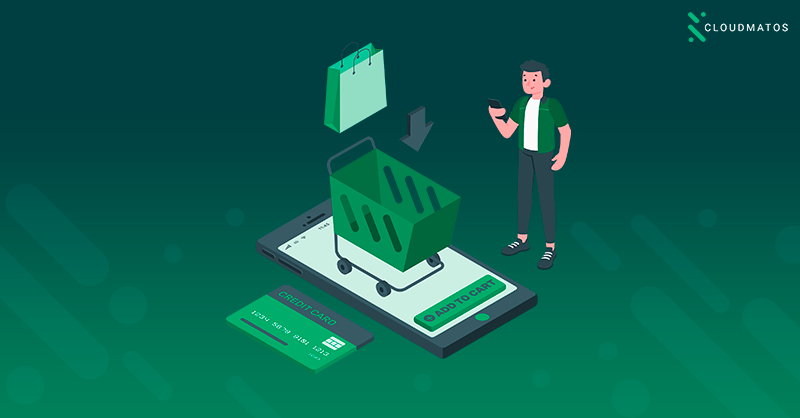 Home goods retailer Pier 1 has initiated the process of liquidating its assets and ceasing operations. Although the reasons for its demise are varied, the rise of Wayfair as a competitor played a part.

One reason Wayfair has been able to oust Pier 1 is its use of Google’s hybrid cloud technology to run its business smarter. Pier 1’s comparatively slow adaptation to a shifting marketplace emphasized Wayfair’s advantage.

The story of Pier 1’s relationship with e-commerce reads like a graphic novel depicting teenage romance. It includes everything from a complete disconnect to heavy flirtation and then wholesale commitment after the window of opportunity expired.

Pier 1 first started Internet sales in 1999, when e-commerce was in the embryonic stage. In 2007, Pier 1 shunned the segment altogether. The purported logic behind the move was cutting costs as it came in concert with shuttering some of the over 1,200 brick-and-mortar storefronts.

Five years later, Pier 1 bought back into online sales. It signaled a move to become an omnichannel retailer, with free ship to store and buy online, pick up in-store options to drive consumers to locations. The issue, however, was that Pier 1’s focus was still on brick-and-mortar, as its then-CEO Alex Smith only projected the company would gather just 10% of its revenue from online sales by the end of FY2016.

In 2014, Pier 1 noticed that its e-commerce as a commercial for physical storefronts plan was actually turned on its head. It pivoted its strategy to use brick-and-mortar storefronts as showrooms leading customers to make digital sales instead. As part of that philosophy, it endeavored to spend 70% of its capital on e-commerce and technology.

While that may have been a worthy strategy, Pier 1 lacked in execution. By 2018, as its competitors saw half of their sales come from online channels, Pier 1’s online sales accounted for just 25% of its total. Meanwhile, executing a robust e-commerce platform was exactly where Wayfair succeeded in a similar market.

Wayfair’s investment in analytics paid off

While Pier 1 was shuttering its online sales channel and then treating it as a necessary evil, Wayfair went all-in to use technology to streamline its operations. This included massive investment in automation and machine learning.

Wayfair partnered with Google for burst capacity in 2014. At the same time, it started hiring data scientists and software engineers to build algorithms to drive its business decisions.

Since then, it has expanded the relationship with Google to include analytics, compute, G Suite, networking and storage. Moving all that data to Google Cloud set Wayfair up for its most recent shift.

In January of this year, it expanded the relationship even further with Anthos hybrid cloud solutions for its operations. According to Steve Crusenberry, Wayfair’s Vice President of Infrastructure and Platform Engineering, it was an easy decision.

“Google’s cloud services are an ideal match for our hybrid cloud infrastructure,” Crusenberry said. “The ease at which we could connect our automation platform and our similar SRE-based operating models were selling factors. Additionally, we have a long-standing partnership with Google overall, so it made sense to extend that partnership into Google Cloud.”

Wayfair’s emphasis on automation and technology afforded it a huge advantage in one important component of successful marketing. That is, identifying customer demographics and tailoring sales approaches to that information.

There was perhaps no greater indication that Pier 1 was trying to be something to everyone while in reality being nothing to anyone than the aesthetics and locations of its brick-and-mortar stores. Some 10,000-square-foot stores stood out sorely as they were couched among discount retailers while others lacked curb appeal set between higher-end boutiques.

A report by Raymond James covered Pier 1’s struggle to identify customers and respond to that information. The 2019 report concluded that Pier 1 had an identity crisis:

“…this is a more recent development for a company that we have known for three decades. It may be that the opening price point for some items such as occasional chairs may have drifted too high versus some of the others, but Pier 1 has always – as we know it – considered itself to be a value player.”

Through its automation and Google Cloud usage, Wayfair has better insights into consumers’ behavior. For example, data analysis has aided Wayfair in setting competitive prices for its merchandise.

The improved connection to customers isn’t the only benefit of digital infrastructure for businesses, however. There are other reasons that should motivate businesses to invest in digital transformation.

Why digital transformation is a must for survival

Digital transformation can assist in nearly every facet of operations for businesses, resulting in improved bottom-line outcomes in terms of both cutting costs and increasing revenue. It doesn’t require a departure from brick-and-mortar sales either.

That will not only enable staff to tailor experiences to customers but also assists with inventory expenditures and sales forecasts. In addition, it will make promotional campaigns smarter, as a wealth of data and the means to convert that data into useful tools are at business’ fingertips.

Because all this data and the applications to process it are in the cloud, there’s no need to invest in hardware or staff to operate it. While there may be a learning curve for some personnel, the benefits of the technology will quickly outweigh the cost of education for employees.

The choice to not do what it took to be on the cutting edge of using technology as a tool to maximize efficiency played a role in Pier 1’s demise. The opposing decision to focus resources on digital infrastructure made Wayfair a competitor that Pier 1 didn’t see coming.

“I think we had our eyes on the wrong competition. So we existed at a time when the only real players were Williams-Sonoma, Pottery Barn, Crate & Barrel, and we saw those businesses as our main competitors,” said Pier 1’s former CEO Alasdair James, in an investor meeting in April 2019. “Our key competitors are the new guys on the block: the @homes, the HomeGoods, HomeSense, Target, to an extent.”

For businesses in 2020 and into the future, whether they are the new guys on the block or the corporation liquidating its assets because it can’t find a buyer depends largely on whether those businesses embrace digital transformation.

If you want to learn more about digital transformation and cases like this, click on the button below: