Blockchain: Its journey to success

Blockchain, the brainchild of an individual known by the name Satoshi Nakamoto, is evolving greatly in the virtual world.

But the question which seems to be on everyone’s mind is, what is Blockchain?

The Blockchain is an ingenious invention which created the backbone of a new internet. Initially  started to devise a new currency, Cryptocurrency or the digital currency Bitcoin, the tech community is finding other effective uses for this technology. 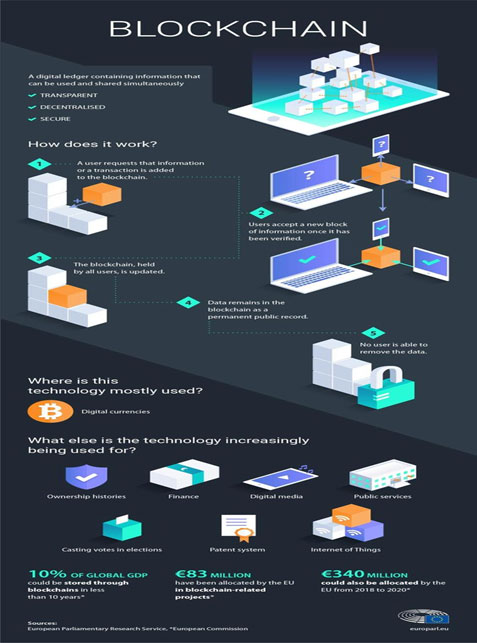 Before the introduction of the bitcoin currency we were accustomed to the centralized nature of most services. Even the banks fall under a centralized system. Having a centralist agency means that all the data is stored with an entity and you are required to solely interact with this entity to claim the information that you require.

However, in the case of a decentralized system the information is not stored with a single entity; in fact, everyone attached with the network owns the information. Thus, making the one on one interactions simpler without a third party involved.

This is most interesting and even the most misunderstood concept of the Blockchain. Some say that the transaction done through the Blockchain are hidden while some say it is transparent.

Actually, the person’s identity is hidden by complex cryptography, but their transactions are public with their public addresses. So, while the real identity of the person is hidden, you can see all the transactions that are done in public. This, kind of transparency has never existed in the financial world.

This means that once anything is written or entered in the Blockchain, you cannot tamper with the matter any further. This is a valuable thing for many institutes. It helps many embezzlements to be nabbed accurately if they know that they cannot tamper or fiddle with the company records.

Thus, making it impossible for hackers to hack the Blockchain because there is no chance of making changes in any block of the chain. This is how the Blockchain is able to maintain its immutability.